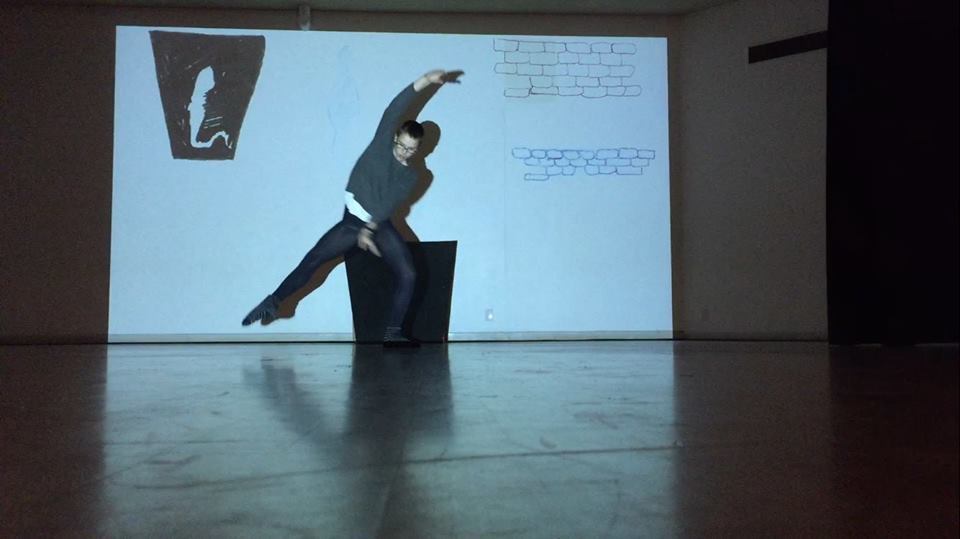 My work focuses on the creation of new vocabularies for dance performance, with a particular interest in creating dance works that respond to and interact with projection and other digital media. I find that dance has the ability to tell complex stories that blur the division between the realm of memory and the realm of experience, and I enjoy amplifying this phenomenon through digital media and its interaction with bodies, theatrical sets, architecture, and nature.  Feminism, intersectionality, honesty, and playfulness are all values that I hold at the core of my creative and personal practice.

My work also focuses on dismantling and breaking down the extremely binary codes that exist in dance language and performance.  As a non-binary artist, I seek to create choreography that frees dancers, particularly those who identify as trans and gender non-conforming,  from the pervasive, gendered language and movement found in far too many dance techniques and teaching spaces.

Sophia Klein is an intermedia artist, dancer, choreographer and videographer working in the Bay Area and Sacramento. Sophia was born and raised on the island of Oahu, but traveled extensively during her homeschooled years. During her time on Oahu, Sophia studied studio art and sustainable theatrical design at La Pietra and worked as a teacher’s assistant for children's art classes at Linekona Art Center. From there, her love of art making grew. Sophia moved to Oakland California in 2012 and studied videography and dance at Mills College. During her time at Mills, Sophia has had the pleasure of dancing and performing with numerous artists and companies to include Molissa Fenley, inkBoat, Wanjiru Kamuyu, Amy O'Neal, Wax Poets, Kara Davis, Risa Jaroslow, Gina Bonati, and the Mills Repertory Dance Company. Sophia also established and co-founded the Three Sisters Dance Company while attending Mills. They have since toured site specific works and done residencies at Slide Ranch, Oak Glen Park, Winters Farm, Mills College, and Temescal Arts Center. While at Mills, Sophia worked as a freelance videographer for dancers in the Bay Area, creating documentaries, promotional videos, and screendance works. Sophia is currently working as the videographer and editor for the documentary series Mapping the Margins: Transgender and Gender Variant Portraits Across America.

Three Sisters Dance Company Tour; Baba’s Birds, Her Arms Her river, Nobody Wins No One is Chosen, This is My Body//We are Incredible, And Then I Leaped Down, Cliff Hymn, Shipwreck
-Temescal Arts Center, Slide Ranch, Winters California Organic Farm, Oak Glen Park

Wanjiru Kamuyu in Residency at Mills College / Videographer
May 2015

This is My Body//We are Incredible / Dance and Video
2014